Nomination for the Polish Innovation Award 2021

We are pleased to announce that we have received a nomination for the Polish Innovation Award 2021, which is part of the program run by the Polish Agency for Entrepreneurship and the editors of Forum Przedsiębiorczości and Biznes Plus in Gazeta Wyborcza.

Nominations for this title have been awarded to about 100 companies whose activities and achievements have been recognized, as the name of the award suggests, as innovative. The prizes will be awarded during the Polish Congress of Entrepreneurship, which will be held on October 5-7, 2021 at the ICE Congress Center in Cracow. The organizer of the congress is the Polish Agency for Entrepreneurship, while the co-organizer is the European Fund for Enterprise Development.

During the congress, which is a mobile economic event, there will be 200 speakers, including Polish entrepreneurs, directors of various institutions, scientists, rectors of Polish universities, politicians, local government officials and experts in law and economy. Congress may gather 40K on-line participants.

More information about the event can be found on the official website of the Congress. 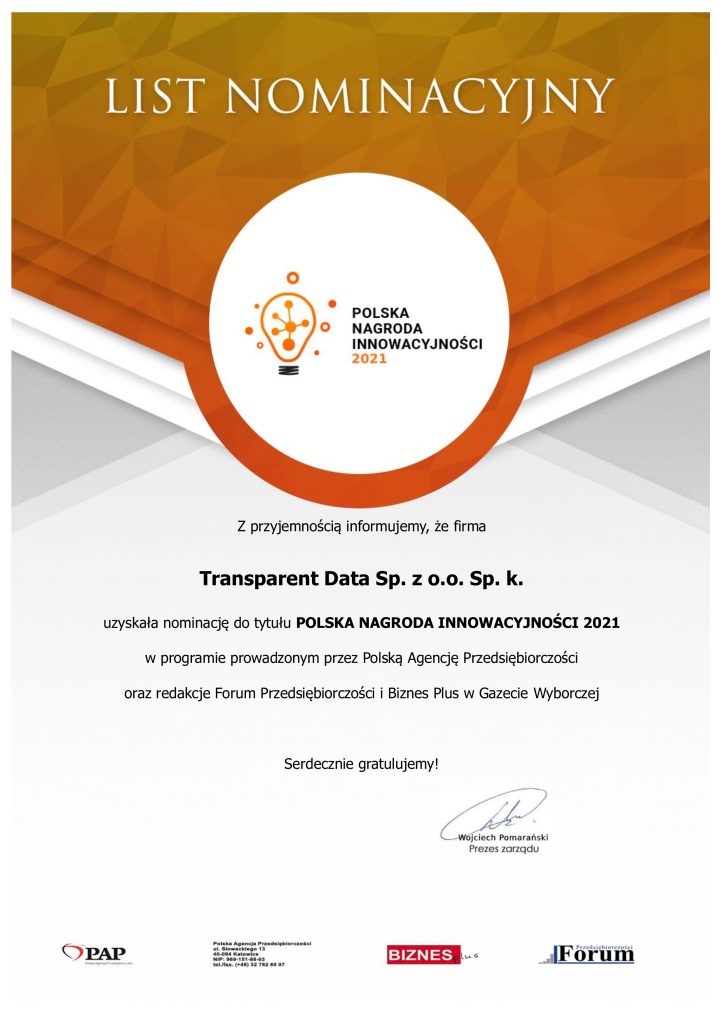 Who are we
ISO/IEC 27001
Partners
Company news